Criminal law is an extreme field of activity that includes all aspects of crime as a factor. Any act or omission that violates an order, draws its power from the legislature or from the authority, whether political or religious, that absolutely dominates state affairs is considered a crime. This is the reason why the state is against the alleged perpetrator as a public prosecutor.

Pakistan has very detailed criminal law, which is sometimes outdated, but tends to cover all aspects that constitute a crime. To understand criminal law in Pakistan, one also has to understand the socio-cultural phenomena of that country. Most of the criminal law in Pakistan was introduced by the British Empire when India was a colony and Pakistan was part of it. Even then, care was taken to understand social conditions and attempts were made to adapt criminal law to the cultural circumstances of the colony. This is the reason why India and Pakistan deliberately accepted it from the British Empire after their freedom. The Code of Criminal Procedure (V of 1898) introduced in the colony is still largely the prescribed criminal procedure followed by the courts in Pakistan. Similarly, the penal code introduced in the colony (XLV of 1860) in the form of the Pakistani penal code is still largely followed.

With over fifteen years of rich experience and an unmatched growth, we are big enough to handle multidimensional legal issues and small enough to pay special attention to the specific needs of each of our clients.

Raza & Associates helps clients in ensuring that IP assets add to the business profitability rather than to its overhead costs. We act as our clients’ partners-in-growth by providing value advice to optimize strategies for establishment, protection and leveraging IP assets.

Our partnerships with clients ensure that right full profits of businesses are intact, market shares are not depleted through unfair business competition and that the businesses can focus on growth without having to worry about infringement of their IP rights.

Get A Free
Consultation 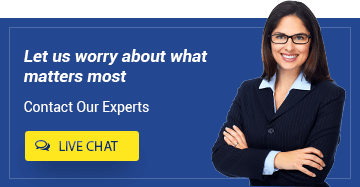